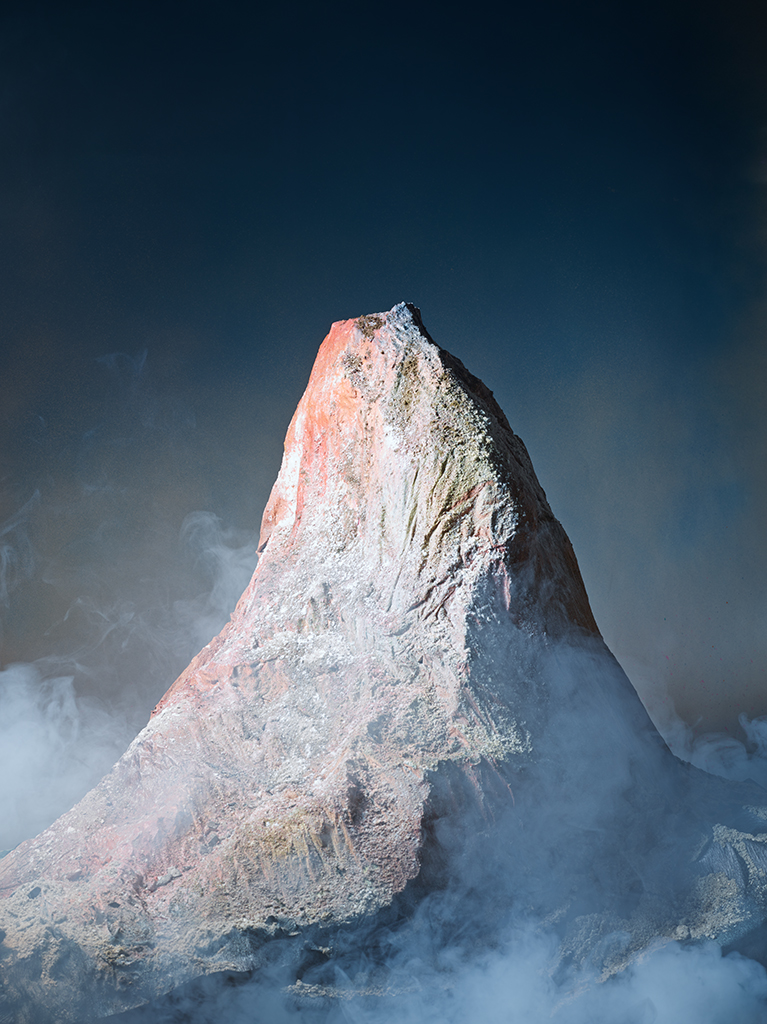 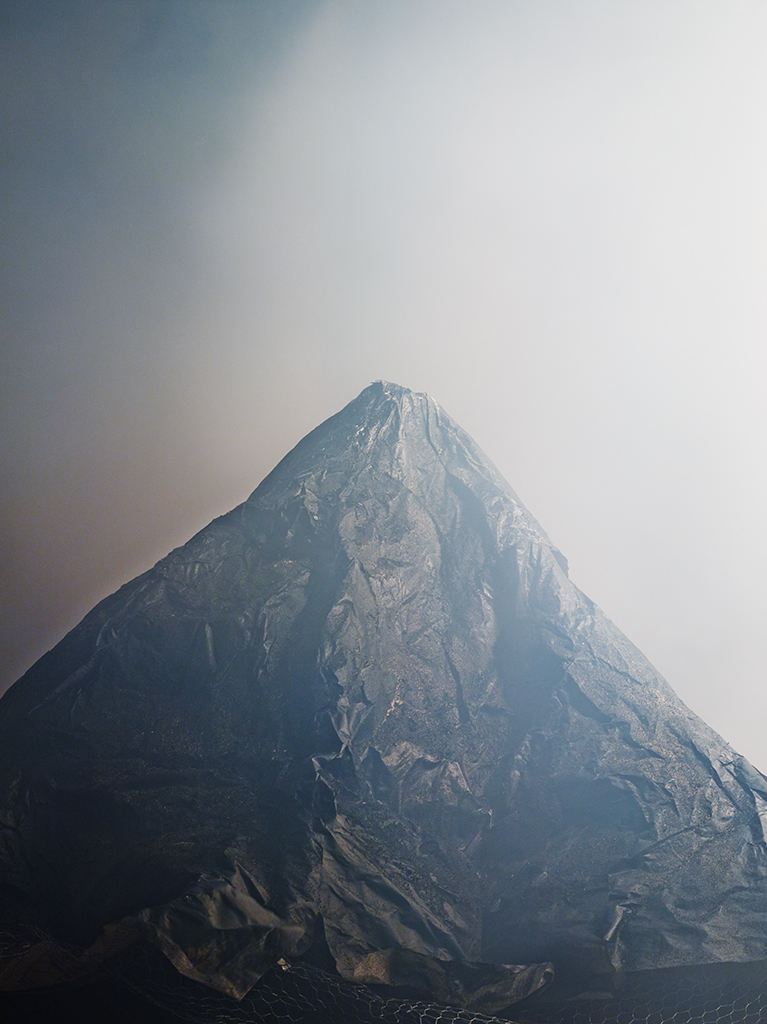 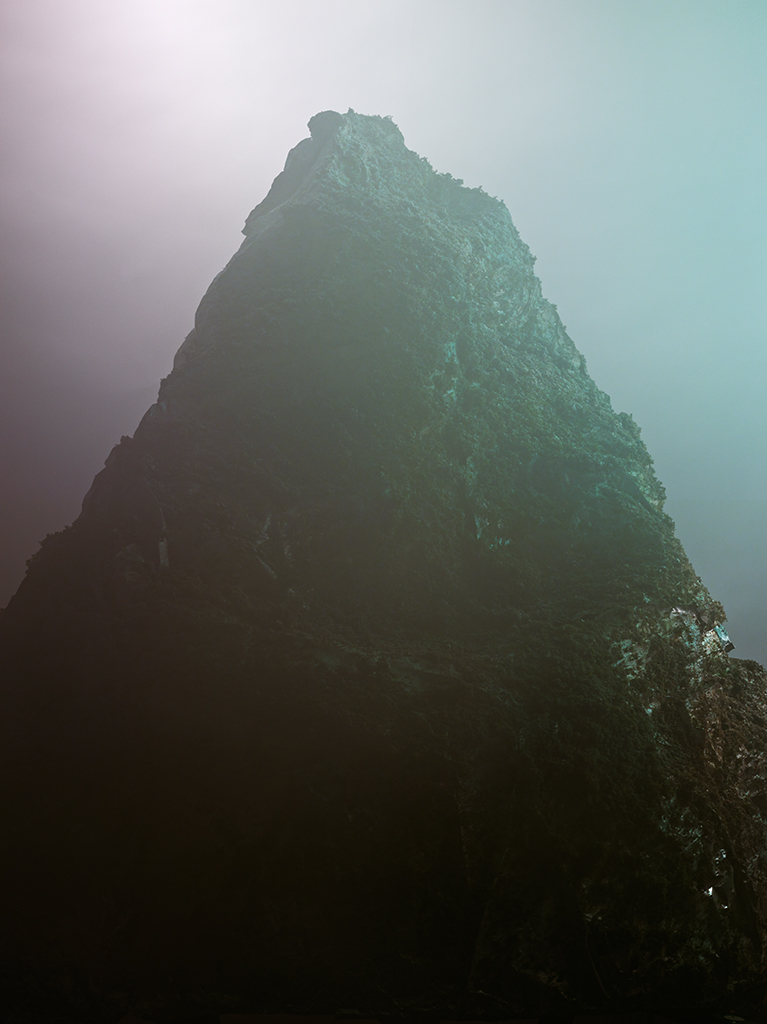 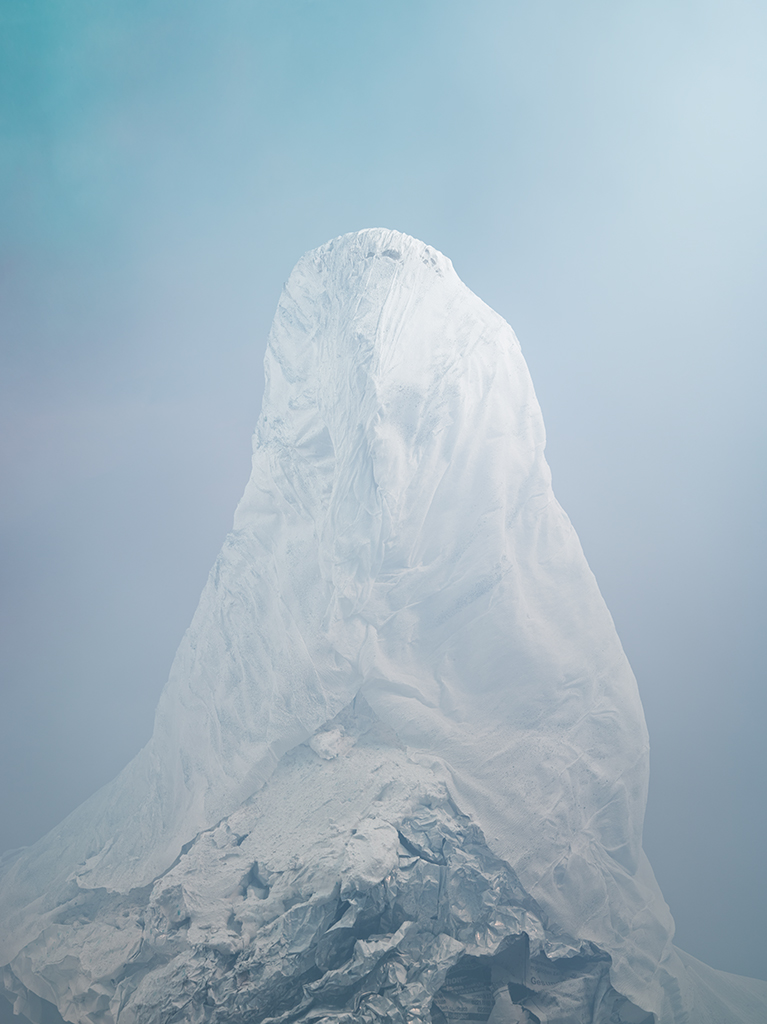 Such Great Heights is a series of artifical mountains displayed both as a photographic or video & sound installation. It is exploring the idea of triangle shape to work as a mountain questioning the documentary character of photography and it’s relation to a physical reality.

With a painting like manner and dramatic setting the sculptures are captured like romantic paintings. Though flaws in the material are visible which indicate the fake, the recipient tends to prefer to understand the picture as a real mountain.

The designed gap between explicit and vague gives room to cover up the flaws in the picture to be filled from an image library within us. Psychological processes of identification are responsible for the romantic impression, as it serves as a stabilizer for our personality to be experiencing real nature, instead of the artificial. 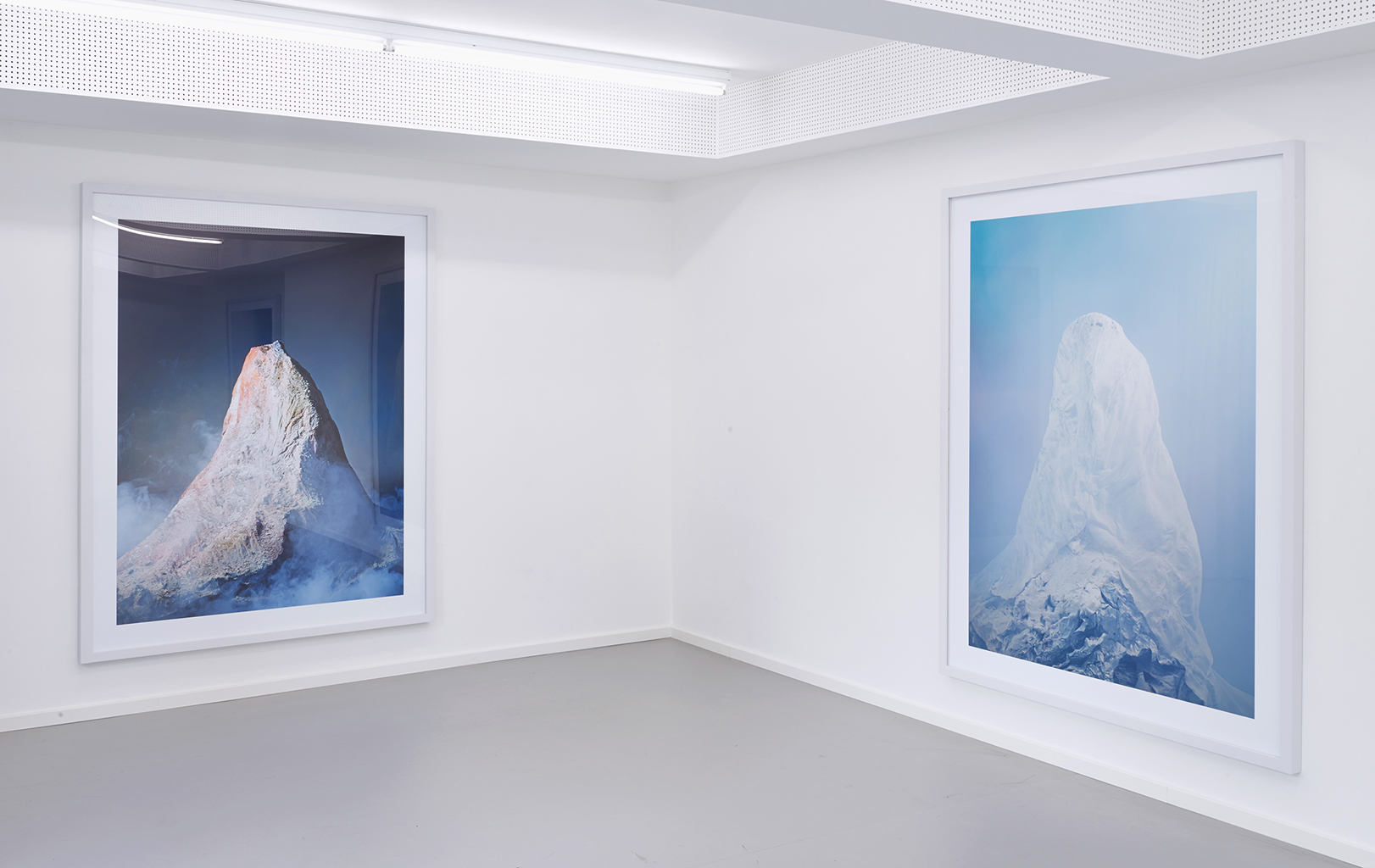 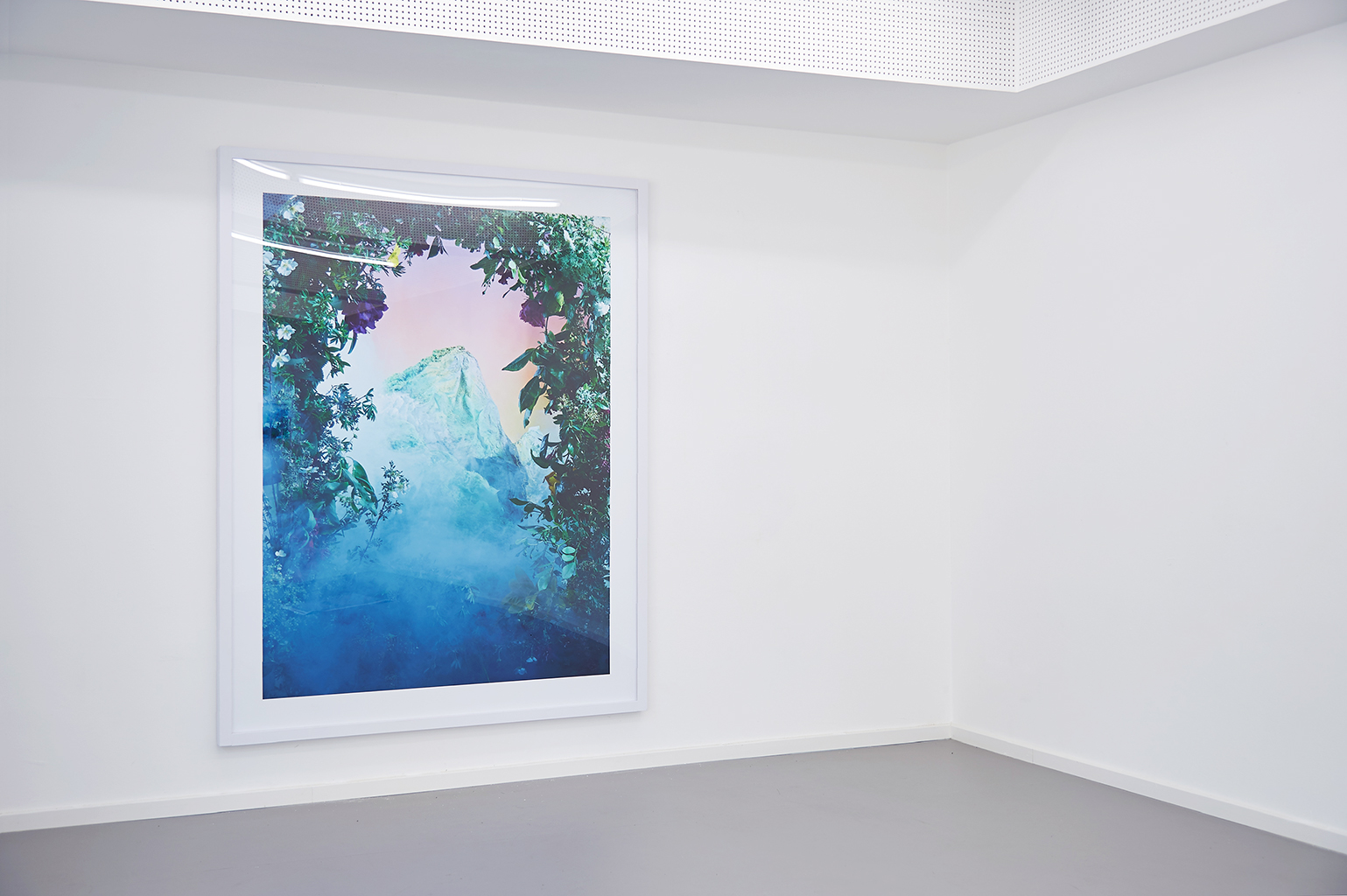 Structures of the material, steps in the process or flaws are also displayed and either lay focus on a rather singular understanding of nature or expand the series in certain artefacts of the process. 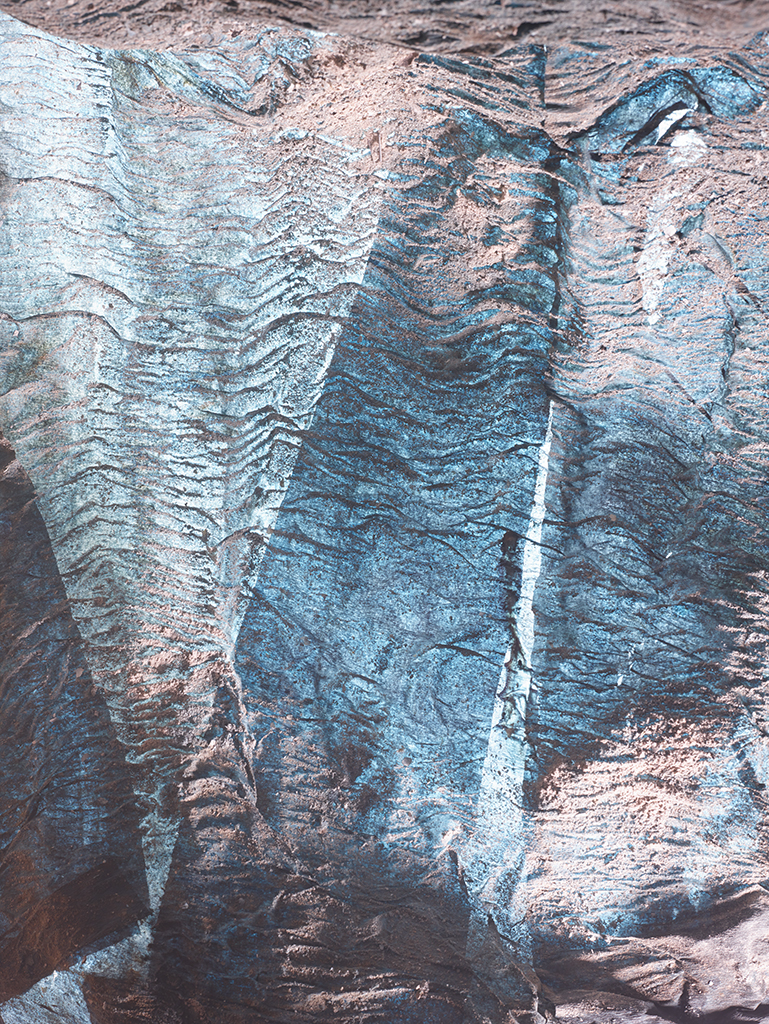 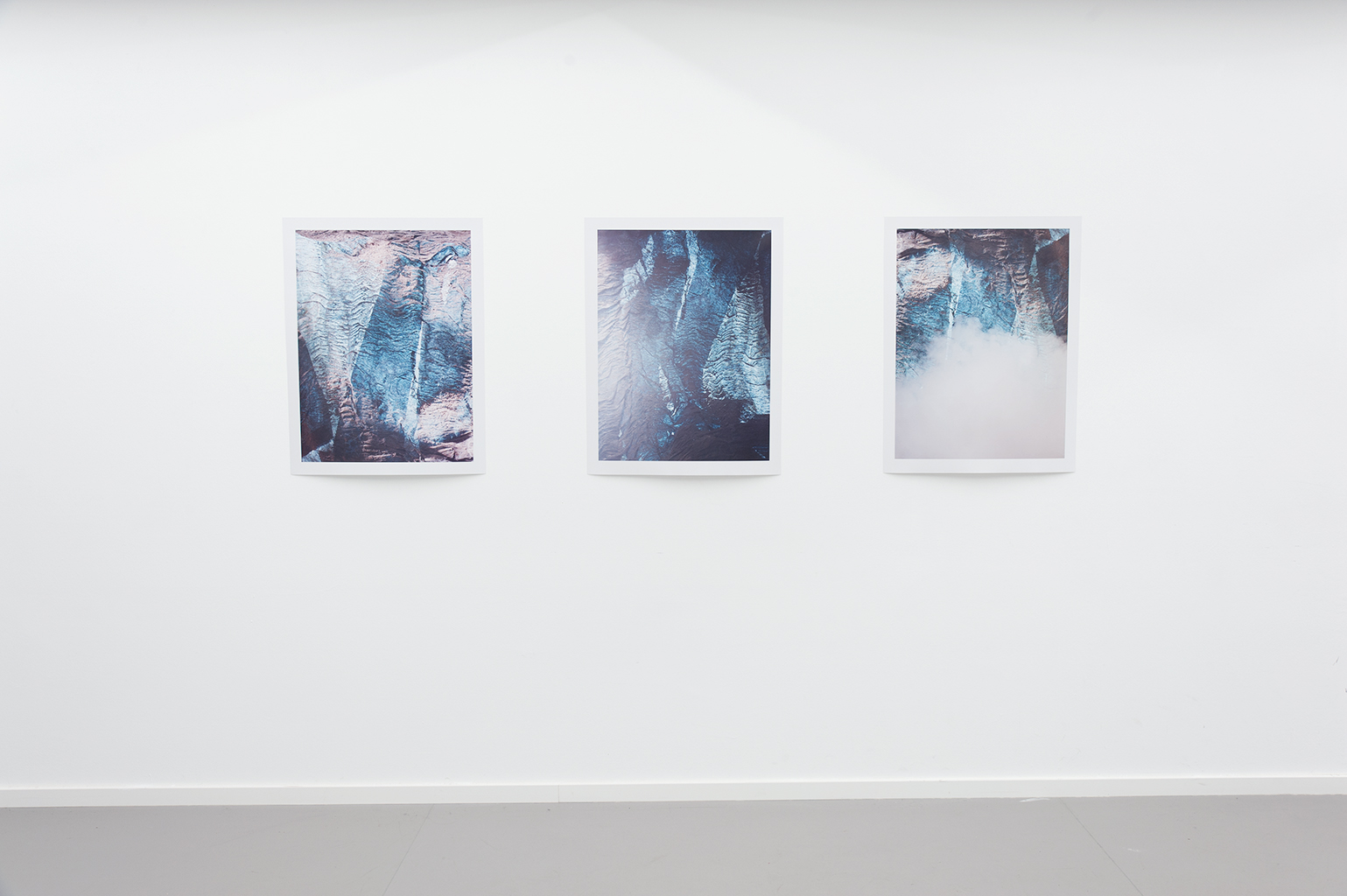 A video installation exploits the material in similar ways, but lays focus on the dramatic quality of natures forces in movement. The size and velocity of the fog beeing sprayed into the scene acts like fast-foward clouds shattering into a mountain scheme. With the image completely coverd in fog, the scene switches between a very straight foward portrait of a scupture, to a painting-like mountain picture, or an organic underwater scene of fog.

The sound of the video is either a real recording of nature or an artificial recording of a windy enviroment of a mountain scheme created by foley artist.

Both the video and the sound layer are switching between natural-accuracy and it’s artificial origin, creating a strange scenery, that switches between an emotional or conventional dramatic understanding of nature and it’s production process. 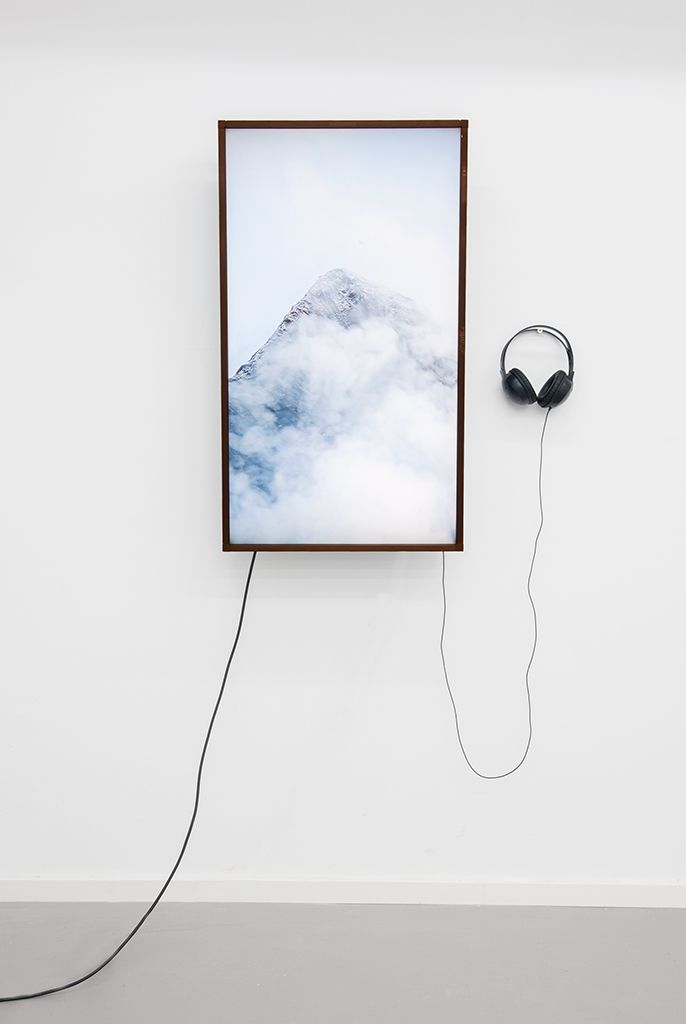 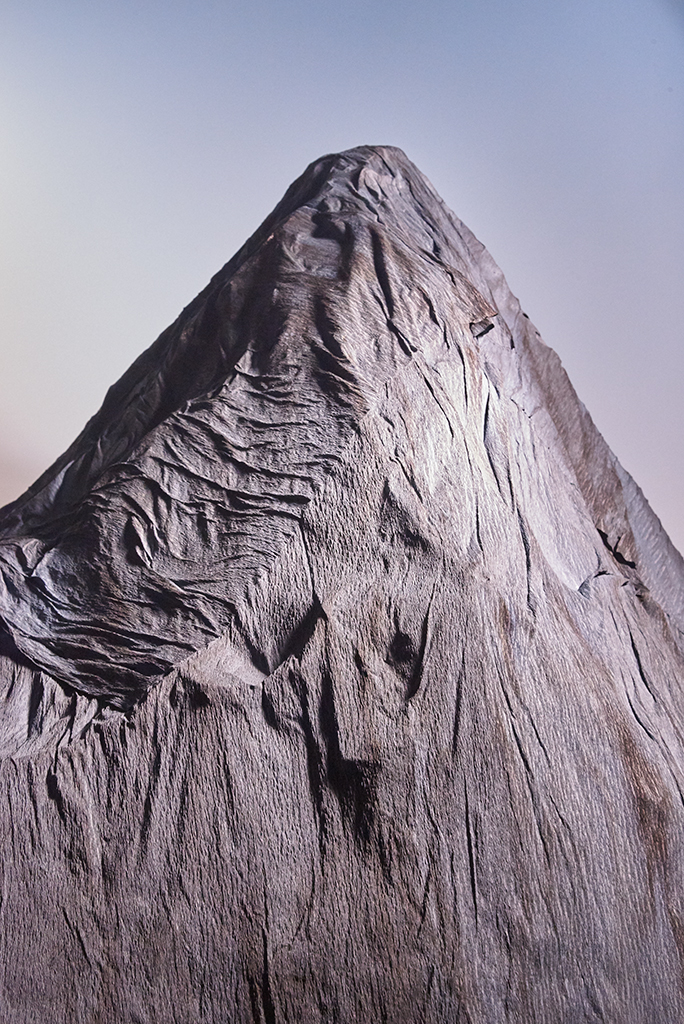 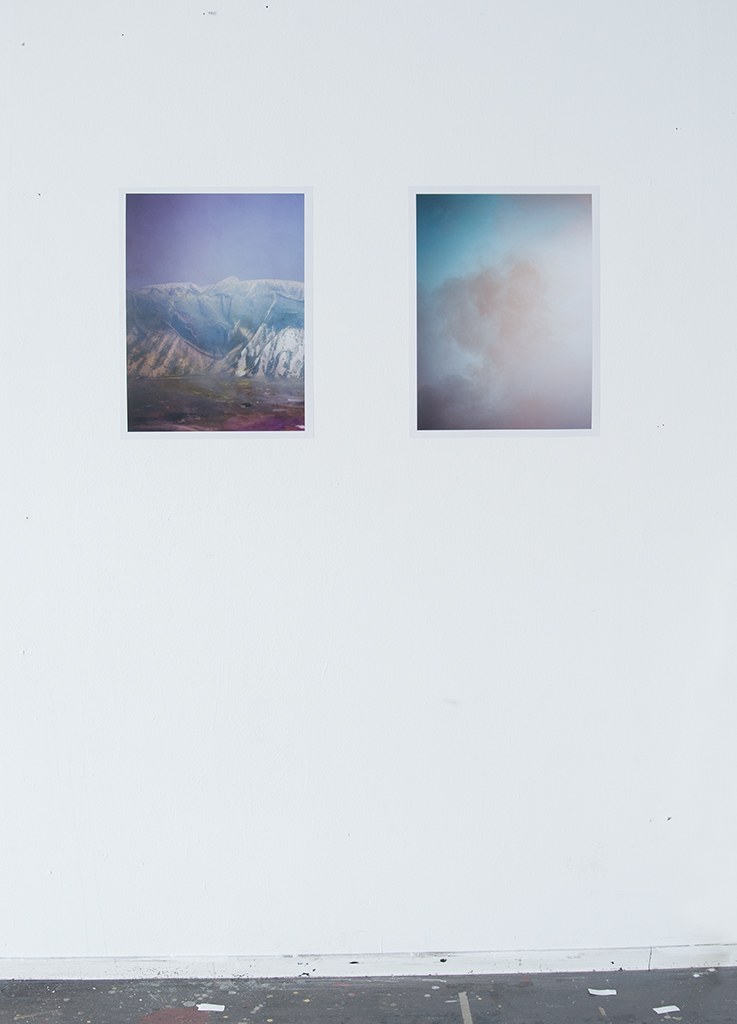 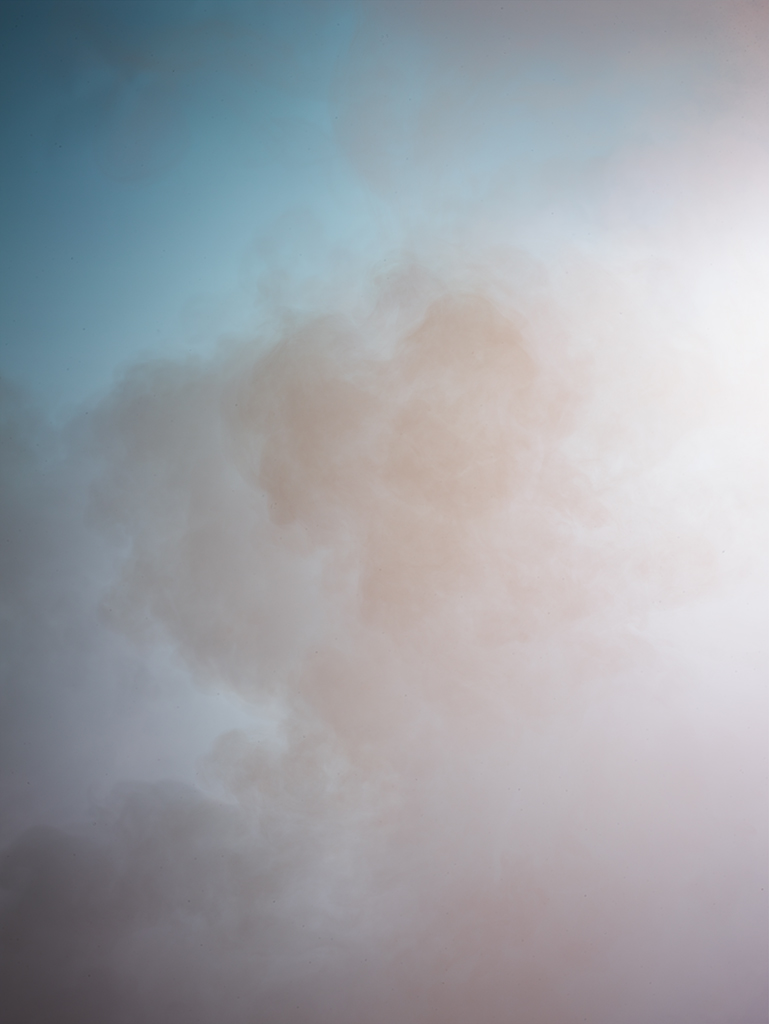 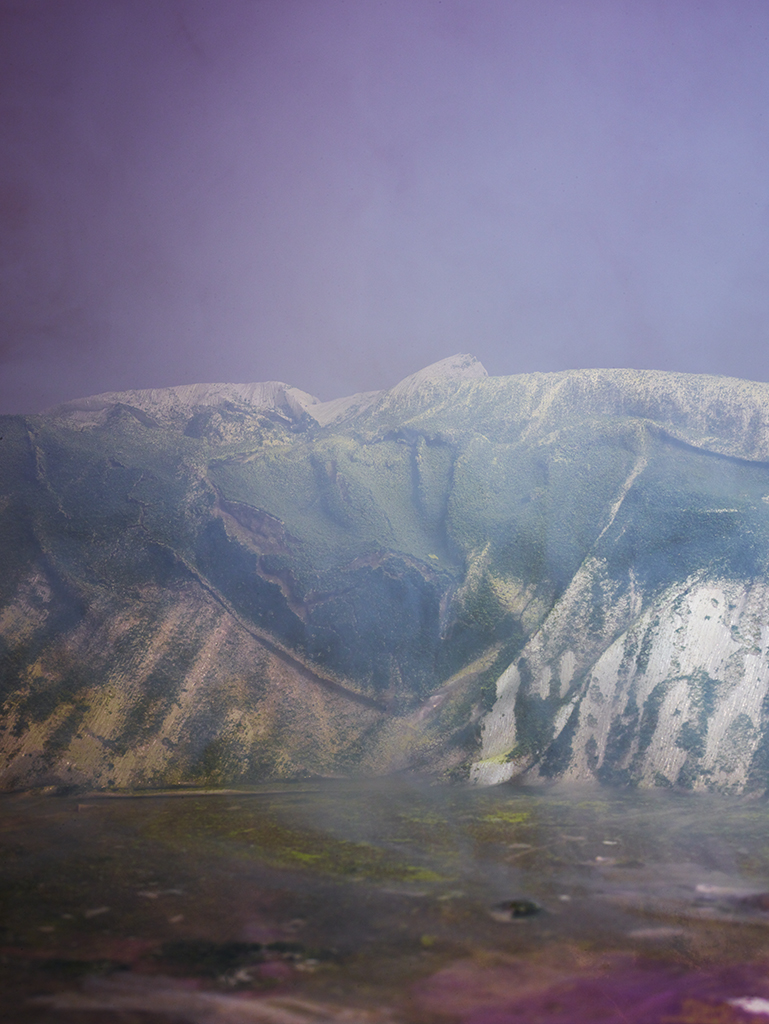 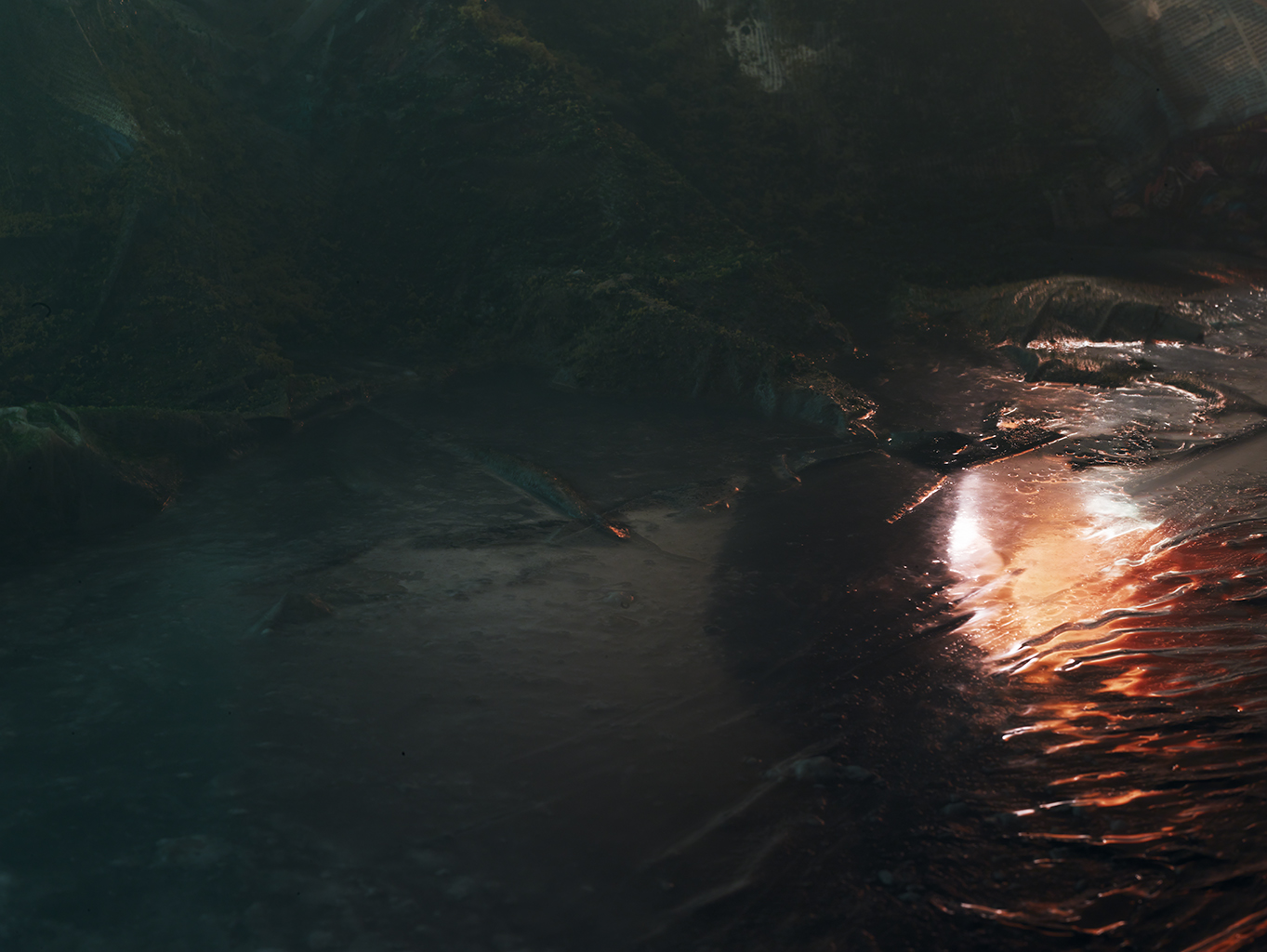 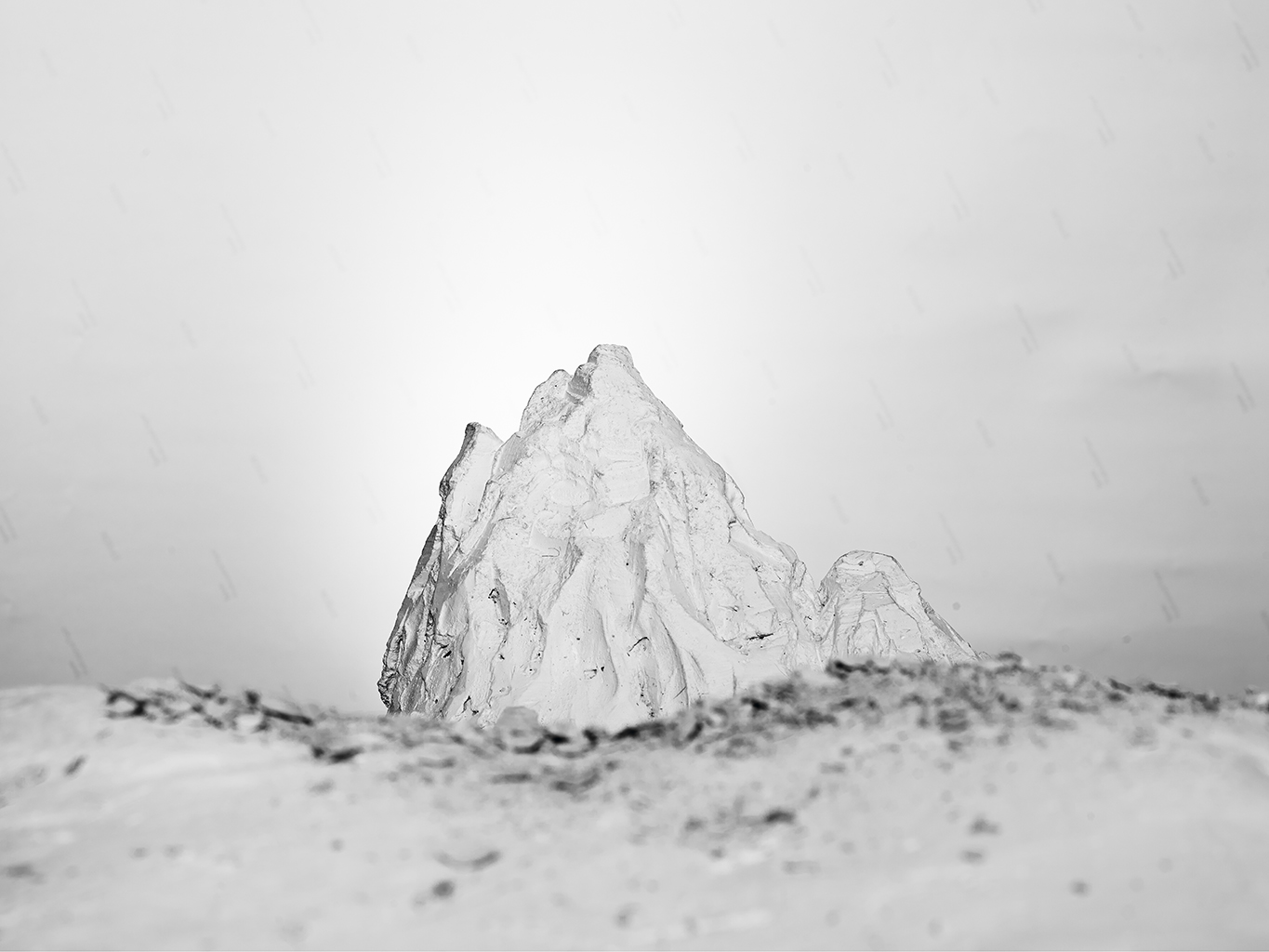 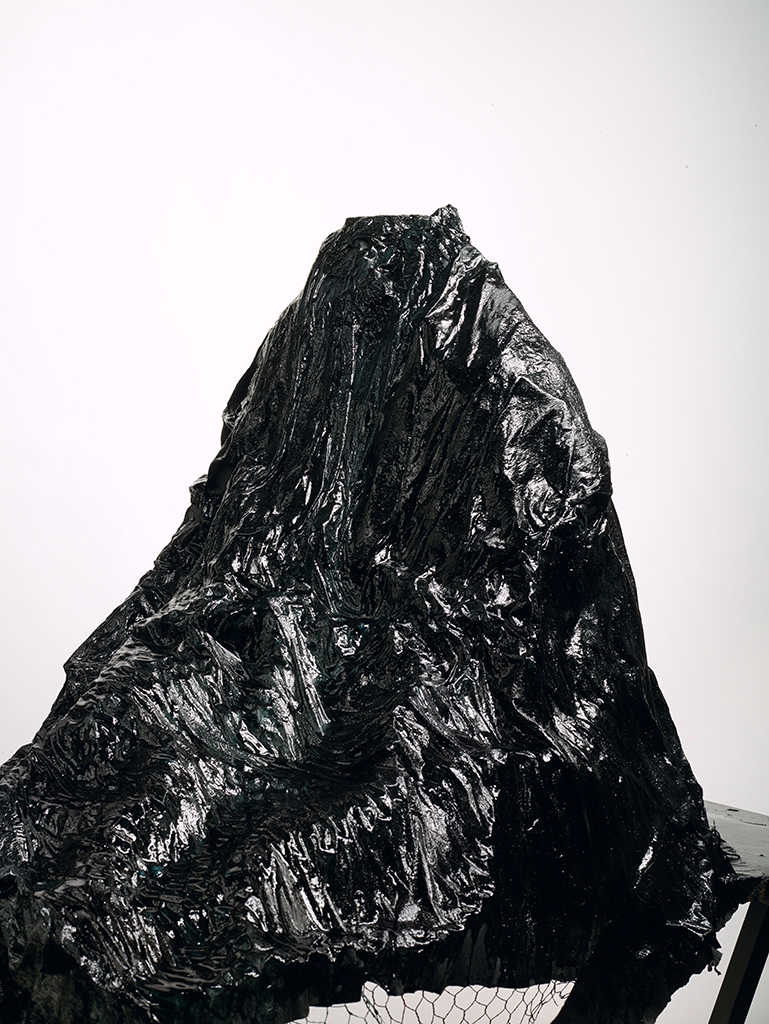